What is NVIDIA AI Enterprise? Why do I need it? 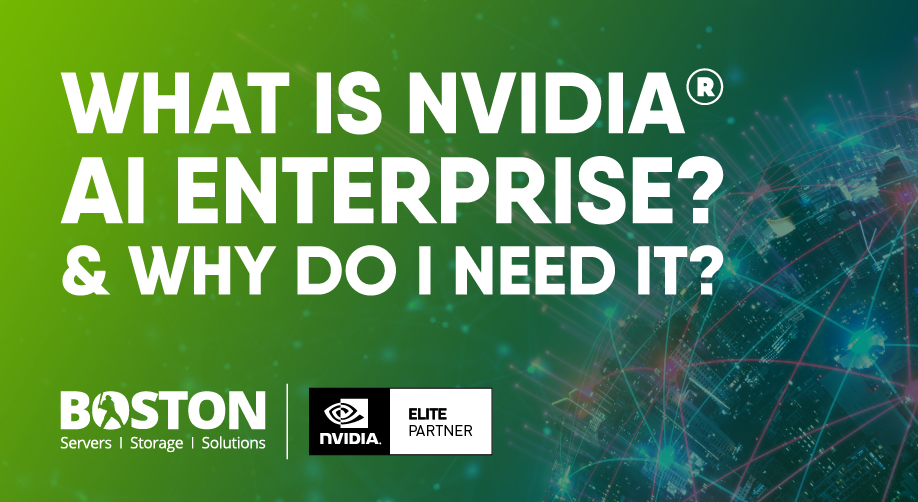 What is Artificial Intelligence?

Although AI has been making lots of headway in the public domain over the past decade, artificial intelligence and its concept has been around since the early 20th century. The timeline below shows some of the major milestones since then.

1950: Alan Turing started rumours of AI by publishing a landmark paper in which he speculated about the possibility of creating machines that can think

1956: John McCarthy first coined the term ‘Artificial Intelligence’ in 1956 at the Dartmouth Conference

1960: First robot was introduced to the General Motors assembly line

Modern day AI applications are being used in every walk of life, from autonomous vehicles through to CCTV image recognition, medical science, and general data science applications.

There are 4 main types of AI:

There are currently six main domains of AI which are most commonly being used:

What is NVIDIA AI Enterprise

Every business function will be infused with AI, from human resources utilising AI for talent acquisition through automatic resume scanning and vetting, marketing and sales departments using personalised recommendations based upon analysing browsing and shopping habit data gathered, through to information systems using AI for fraud detection and cyber security. A lot of companies now have virtual assistants and chatbots on their websites or automated telephony systems. These are all driven by AI and utilise pre-trained models. Product development and process automation along with predictive maintenance are examples of where AI is used in everyday systems.

To perform these daily tasks and more, modern applications are now being used to transform every business, not just the large ones.

As a result of this requirement, the IT industry is now seeing a new approach towards AI and the development of AI based applications. Adoption of AI has been slow due to either lack of tools and platforms or the increasing complexity of AI and associated applications. Around 32% of IT professionals rate the increasing data complexity and data silos as a top barrier to AI Adoption, whereas 28% rate the lack of infrastructure as a top barrier. (Source)

This has resulted in a new approach to enterprise AI.

This new approach has been the reason for the creation and release of NVIDIA AI Enterprise.

What are the advantages of using NVIDIA AI Enterprise?

NVIDIA AI Enterprise is a suite of tools certified for VMware vSphere, which are optimised for performance and come with NVIDIA Enterprise Support.

Overview of the AI-Read Enterprise Platform

Once the NVIDIA AI Enterprise suite is installed, you will get access to the full end-to-end AI software stack via access to the NGC Catalogue.

The NGC catalogue contains pre-trained AI models in containers for various applications from automatic speech recognition, image classification, object detection, and speech synthesis, to name a few. Access to these pre-trained models comes as part of the NVIDIA AI Enterprise suite, thus making it even easier for businesses to adopt AI development. Integrated into existing VMware infrastructure, managed through standard VMware vSphere, and followed by access to pre-trained models simplifies the whole AI adoption process whilst keeping costs down.

The only hardware requirement is using NVIDIA Certified systems for enterprises.

Here at Boston, being an NVIDIA Elite Partner, we offer our own NVIDIA Certified AI Enterprise solutions for various applications, from entry level through to enterprise level with scaling options.

To overcome this barrier and give businesses that edge without the complexity, Boston has produced the ANNA Ampere range of systems which are NVIDIA-Certified Systems that bring together Supermicro servers, NVIDIA GPUs, and NVIDIA networking in optimised configurations. These configurations have been tested and validated for performance, manageability, security, and scalability and are backed by support from NVIDIA and Boston.

Boston ANNA Ampere provides the foundation for a complete enterprise accelerated computing platform. These servers provide industry-leading performance for AI, data analytics, and visualisation applications, and they can be managed with IT frameworks from industry leaders such as VMware.

These systems use NVIDIA AI Enterprise to deliver simple and cost-effective implementation of AI solution development platform in your environment. 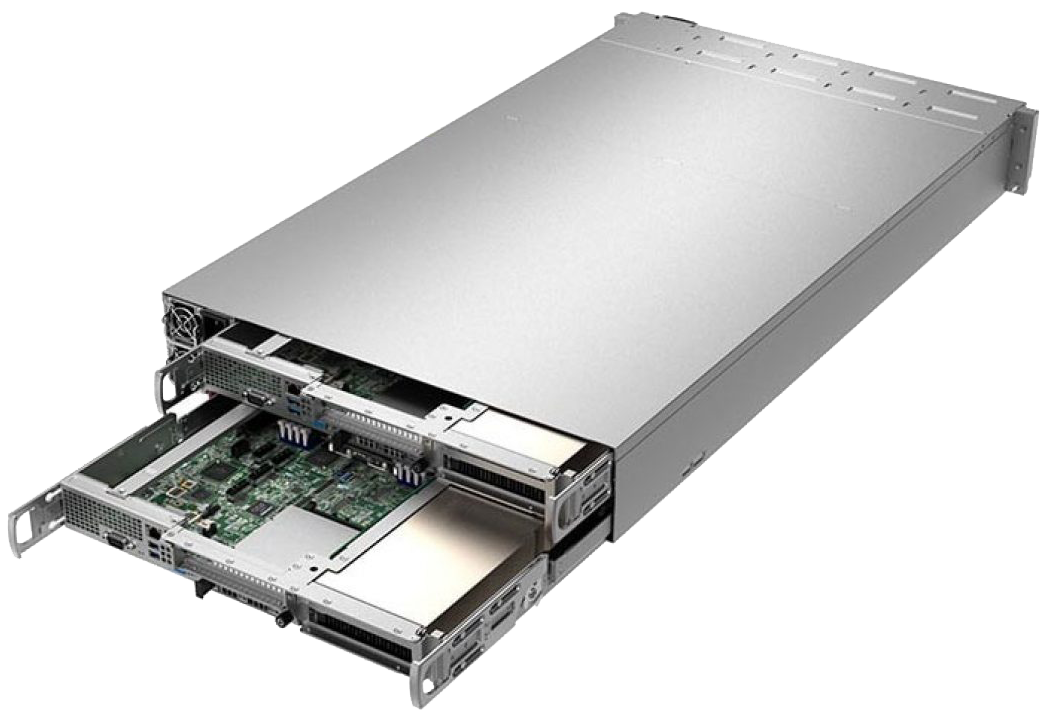 Perfect for embarking on your AI journey, the new Boston ANNA Ampere S2 server features the power of up to 3 NVIDIA A30 double width GPUs. The system supports PCI-E Gen 4 for fast CPU-GPU connection and high-speed networking expansion cards. Scalable and easily integrated into existing VMware environments, ANNA Ampere S2 is the choice for starting your AI implementation.

The midrange AI offering from Boston, new ANNA Ampere M1 server features the power of up to 4 NVIDIA A40 GPUs. The system supports PCI-E Gen 4 for fast CPU-GPU connection and high-speed networking expansion cards. With 1 + 1 power redundancy it makes the system ideal for HPC and AI workloads. Designed with AI/Deep learning and Inference in mind, the ANNA Ampere M1 makes an ideal choice for a midrange system to start implementing advanced AI solutions. 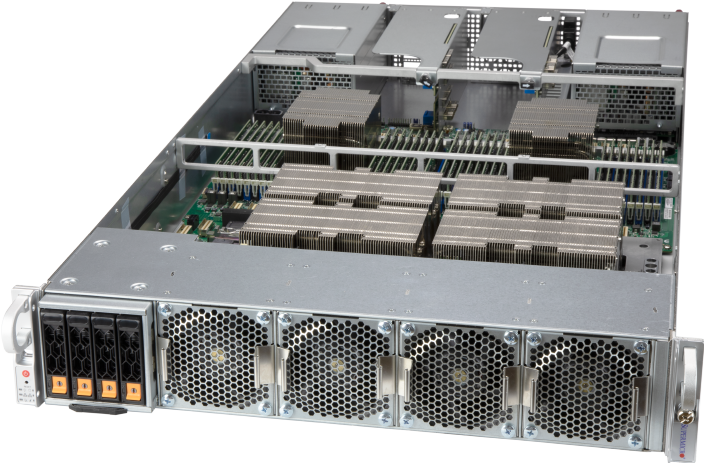 The new ANNA Ampere L1 server features the power of NVIDIA A100 Tensor Core GPUs and the HGX A100 4-GPU baseboard. The system supports PCI-E Gen 4 for fast CPU-GPU connection and high-speed networking expansion cards. With GPU Direct RDMA and 1 to 1 mapping between network interconnects and GPU. It uses NVLink to provide GPU to GPU communications in a mesh system at speeds up to 200GB per second. 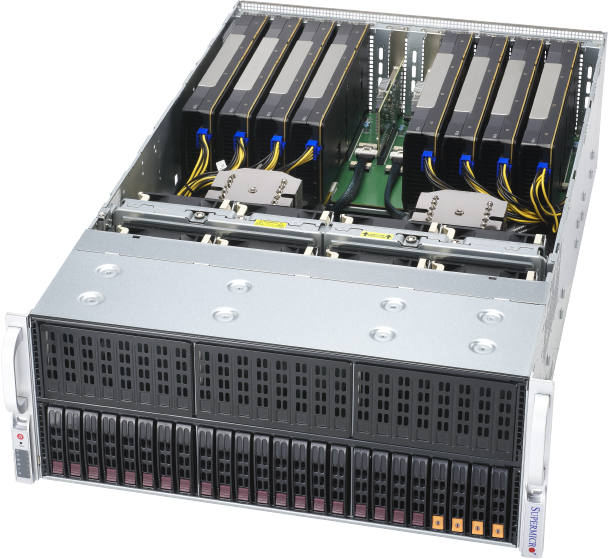 The new ANNA Ampere XL1 server features the power of up to 8 NVIDIA A100 Double width GPUs. The system supports PCI-E Gen 4 for fast CPU-GPU connection and high-speed networking expansion cards. With 1 + 1 power redundancy it makes the system ideal for HPC and AI workloads. Designed with Speech Recognition, Computer vision, Inferencing and Data science in mind, the ANNA Ampere XL1 would be the perfect choice for all types of AI workloads.

For further information on the Boston ANNA Ampere range or NVIDIA AI Enterprise, call us on 01727 876100 and we will be happy to discuss various options with you.