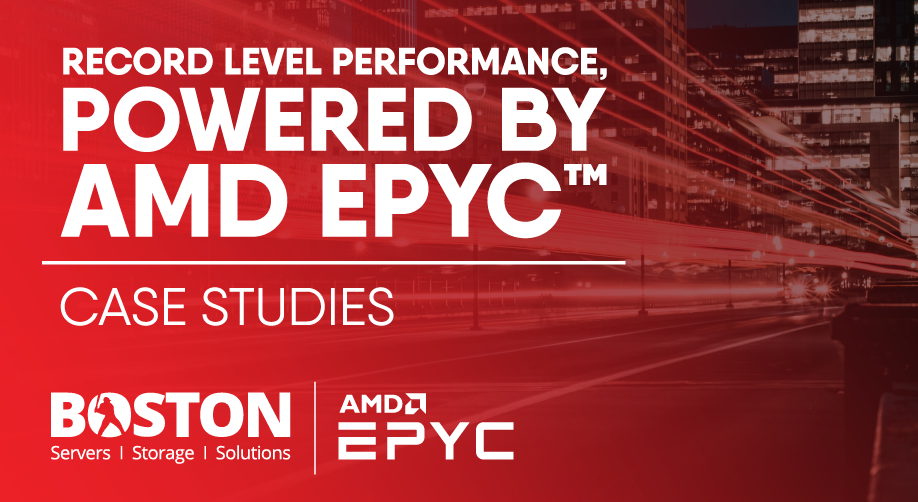 Our technology partner AMD have displayed a number of customer success stories. Below you can access some case studies to find out more.

Dr. Greg Bowman of Washington University School of Medicine in St. Louis has tuned the focus of the [email protected] project, which is the largest crowd-sourced computational biology project the world has ever seen, over to the study of Covid-19. Currently, the [email protected] team is using 5 million devices powered by 4.5 million CPUs (31 million CPU cores) along with half a million GPUs to study Covid-19.

To read more about the [email protected] project, click here.

LHCb had prior history with AMD Opetron™ processors, and Neufeld had already been testing an installation of servers based on 1st Gen AMD EPYC processors for the final stage of the workflow, where the data from collectors is packaged for use by the various research tiers associated with the LHCb experiement. The positive experience from this trial and the improved specification offered by the 2nd Gen AMD EPYC™ CPU made it an attractive solution for the even more intensive collection stage.

"With the AMD EPYC CPU, we've been able to show more than a terabit per second of data flowing from the servers sustained over days. Achieving this on a single server rather than requiring a supercomputer - as was the case in the past - is a significant advance."

Read more about the LHCb experiment at CERN here.

Shawn Wallbridge, Head of IT at Blur Studio, had been testing the AMD EPYC™ CPU as a workstation processor at the time and had already discovered its significant processing powers. They ran the V-Ray benchmarks on it, and it's score beat everything on it, scoring 75,000. This indicated that the AMD EPYC processor would have the necessary horsepower to render the effects detail they wanted for Dragonfly in time for their deadlines.

"It took 75 hours on one of our higher-end render node Xeon blades, and it took only 10 hours to run on the EPYC. That was the main explosion in the Dragonfly Sequence, which has over 1.4 billion voxels."

Find out how AMD EPYC™ processors impressed Blur Studio and how it helped improve the work done for the Dragonfly scene here.